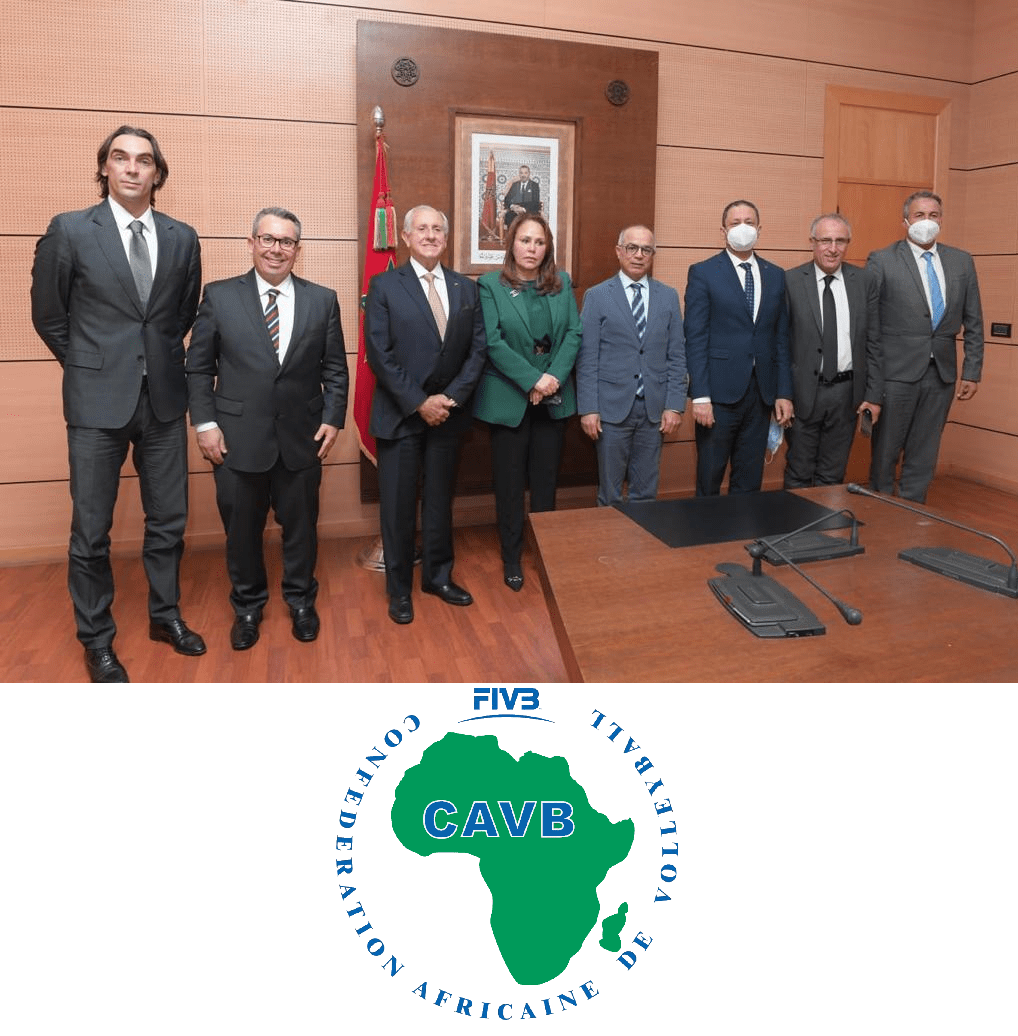 On the 15th and 16th February ISF Vice-President and Secretary General of the Moroccan Ministry of Education and Sport, Youssef Belqasmi met with International Volleyball Federation (FIVB) President Dr Ary Da Silva Graça Filho and ISF Ambassador and Secretary General of the FIVB Athletes’ Commission Gilberto 'Giba' Amauri de Godoy Filho, under the invitation of the President of FIVB Africa, the Confederation of African Volleyball, and the Royal Moroccan Volleyball Federation, Bouchra Hajij.

This meeting took place in the context of the inauguration of the headquarters of the Confederation of African Volleyball in Rabat, Morocco, taking place today, Wednesday 16th February. It further demonstrates that school sport continues to be at the table of international sport discussions, and confirms the key role played by Morocco, with the legacy remaining from the previous ISF Gymnasiade which took place in Morocco back in 2018 under the organisation of Vice-President Belqasmi, alongside ISF Technical Commission President for Basketball 3x3 and FIBA International Referee, Samir Abaakil.