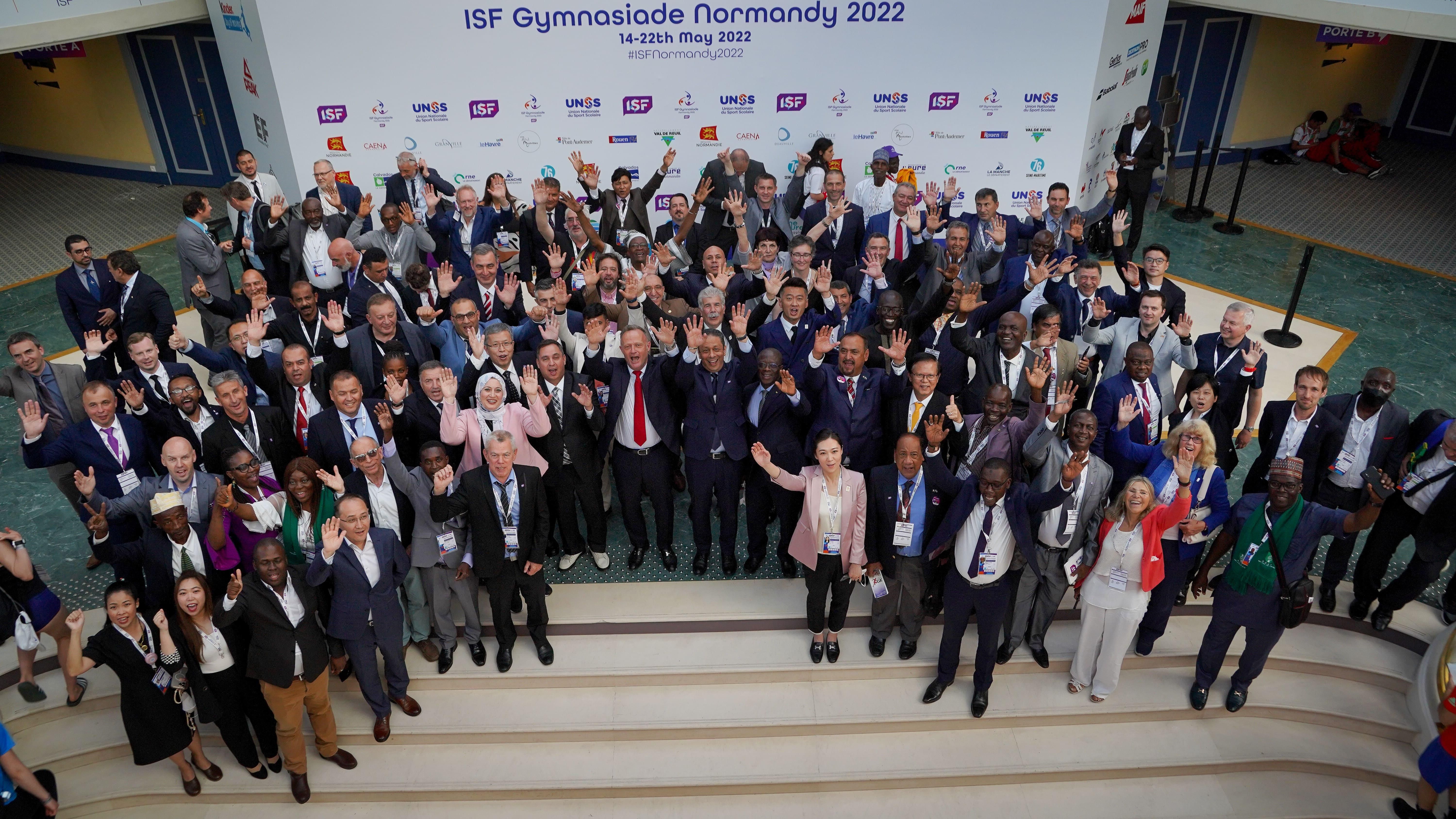 ISF General Assembly held in Deauville, France in the Framework of the 19th ISF Gymnasiade, Normandy 2022

From the 16th – 17th May, the 2022 edition of the ISF General Assembly, marking the 50th anniversary of the ISF, was held in Deauville, Normandy within the framework of the ISF Gymnasiade Normandy 2022. Welcomed by ISF President, Mr Laurent Petrynka, the Mayor of Deauville, Mr Philippe Augier, and UNSS National Director Mr Olivier Girault, more than 70 school sport representatives from ISF member countries from all around world were gathered for the reports covering ISF actions and activities from the past year, of the President, Vice-Presidents, and Continental Presidents. Furthermore, this was the occasion for ISF members to elect the new ISF Executive Committee.

Following the four rounds of voting for each position on the board, the new ISF Executive Committee for the mandated period of 2022 – 2026 was announced, begun by the announcement of the re-election of ISF President Laurent Petrynka. 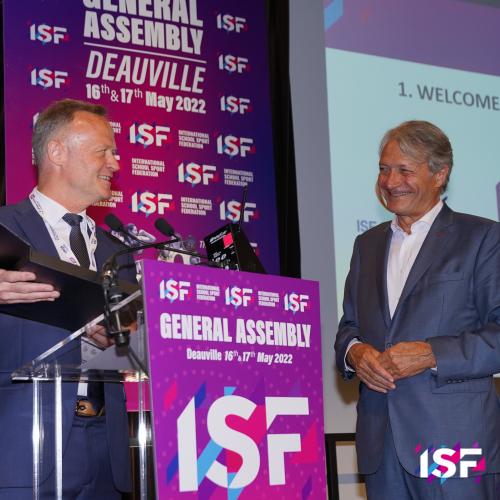 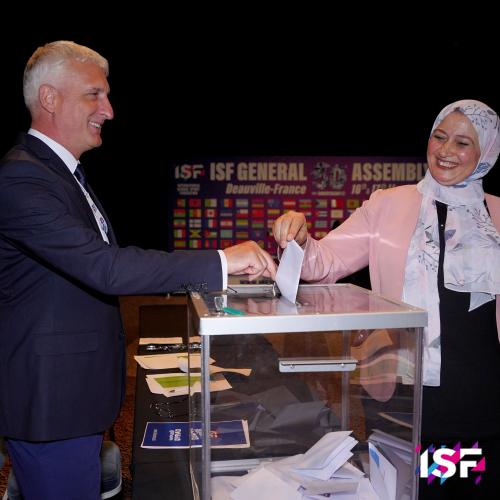 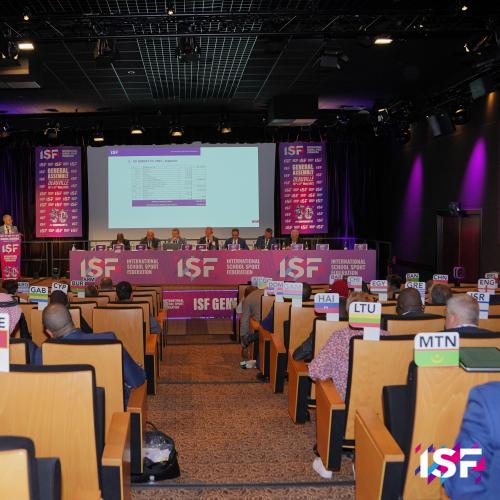 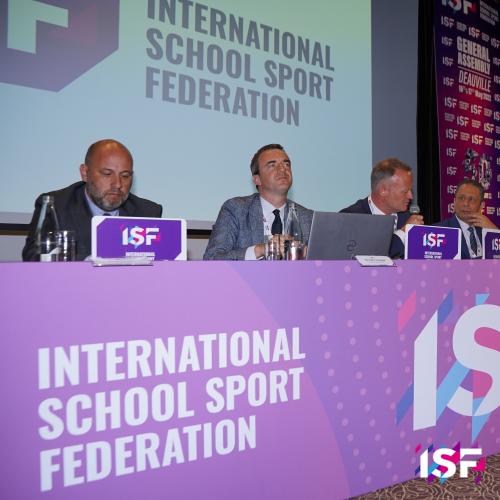 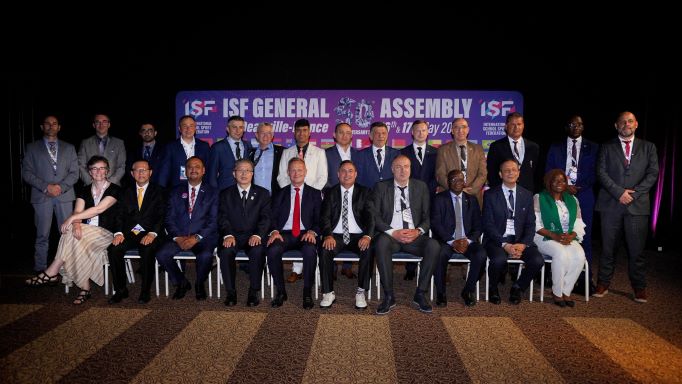 With these elections establishing the new mandates of the entire Executive Committee for the new four years, this General Assembly not only marked the 50th anniversary but the recognition of the past four years and the development and innovation seen throughout the ISF as a platform for future partnerships and projects, which was further emphasised and expanded upon during the President’s report.

Over this four-year period, the ISF has seen great expansion and consolidation, particularly in regard to its membership. The numbers alone demonstrate the expansion within school sport, with 2018 seeing the ISF at a total of 88 member countries, compared to now when the ISF family is composed of a total of 132 member countries, with this year seeing so far, the addition of Bahrain. 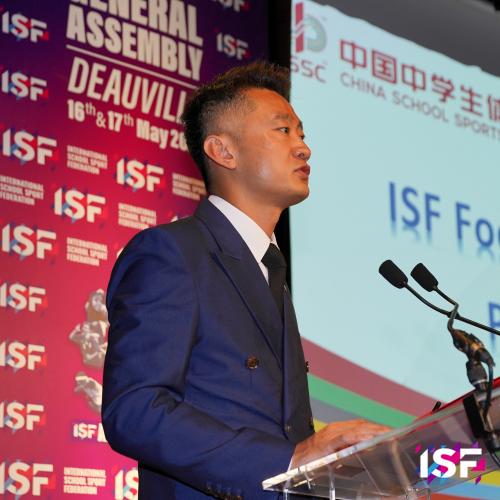 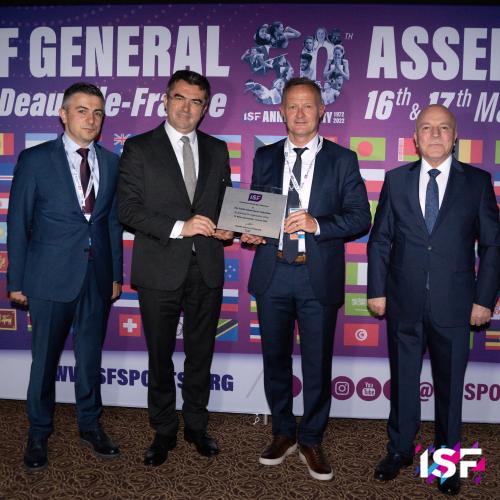 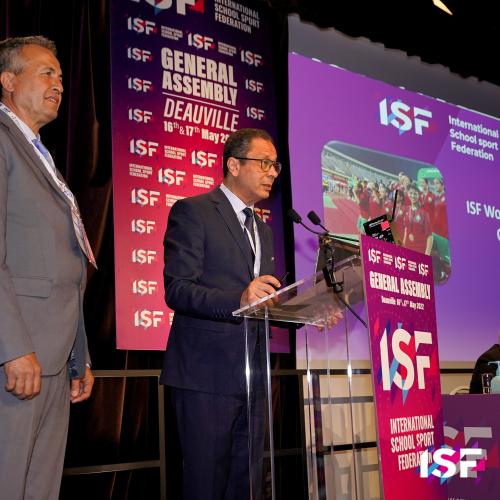 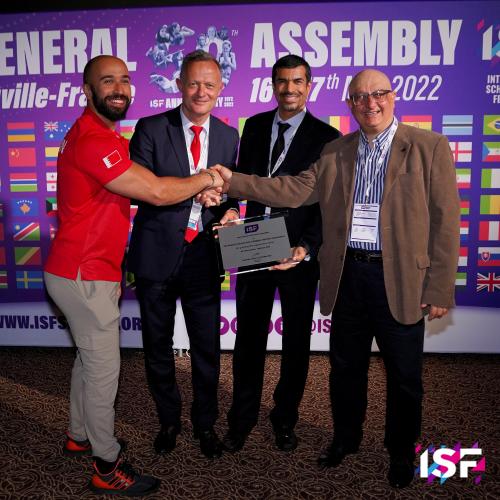 Looking towards the future of ISF, the General Assembly was also the occasion to officially attribute ISF events for the coming years. No less than four events were attributed, with presentations from each respective host preceding their official attribution by the General Assembly.

The first ISF Gymnasiade – School Winter Games has been officially attributed to Turkey in Erzurum for the year 2023. ISF member Turkiye Okul Sporlary Federasyonu (Turkish School Sport Federation) are no strangers to ISF events, nor ISF multi-sport events, having organised the ISF Gymnasiade – School Summer Games back in 2016 in Trabzon, and in 1978 in Izmir.

Also taking place in 2023 will be the ISF World School Football Championship, which will be hosted by Morocco. Yet another experienced member at ISF events, Morocco is not only a regular participant at ISF events, but was the host of the historical ISF Gymnasiade 2018, the first edition to ever be held on the continent of Africa.

During this General Assembly held in the framework of the ISF Gymnasiade Normandy 2022, it was fitting for the next ISF Gymnasiade for the year 2024 to be decided during this occasion, with the event unanimously attributed to Bahrain. As the latest member to join the ISF family, this represents a real statement of intent to play a key role in the international school sport community. In attendance to present the project and mark the occasion, were his Excellency Sheikh Dr Saqer Al Khalifa, his Excellency Dr Askar Abdulrahman CEO of the General Sports Authority and Mr Faris Mustafa Al-Kooheji Secretary General of the Bahrain Olympic Committee.

The occasion of the ISF General Assembly was also the opportunity to present to the ISF family, the current development of the ISF Gymnasiade Jinjiang 2020, having been postponed from its original date. From this the readiness of P.R. China was evident, having spent many months holding test events, preparing all final details, for the event which will take place from the 26th November to the 3rd December this year. 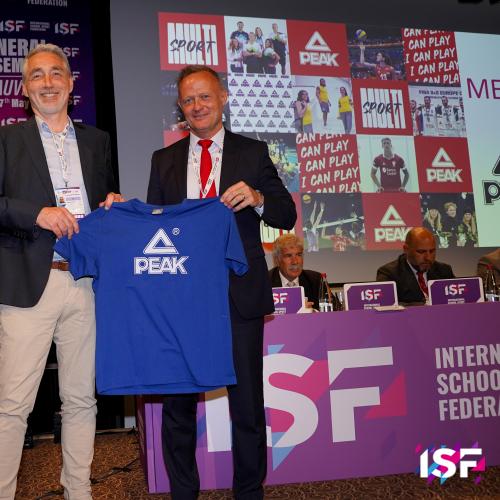 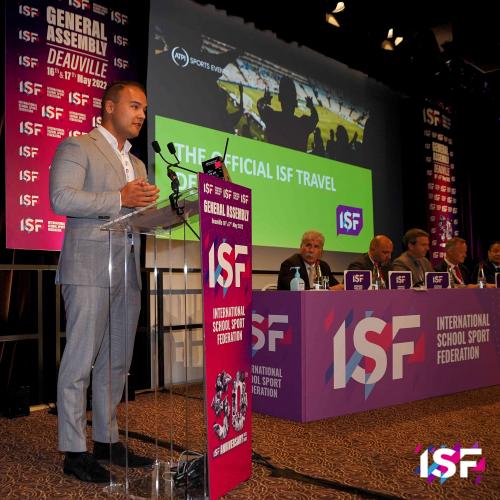 This year’s General Assembly was also the occasion for the ISF to present to ISF members its newly founded partnerships with ATPI Sports Events, and PEAK.

ATPI Sports Events will run the ISF corporate travel needs as the official ISF travel agent. Its dedicated official ISF travel desk will provide essential and wide-ranging services for the ISF stakeholders, including staff, board members and national members federations athletes and ISF event organisers. Having an extensive track record in working with major sports events, from Olympic and Winter Olympic Games to yacht races, as well as football teams and other major sports federations, this partnership will provide further focus on the overall experience of ISF event participants.

The partnership with the global multi-sport brand PEAK marks the beginning of a new innovative sport merchandising collaboration, which will include the distribution of PEAK branded official ISF sportswear. Additionally, this agreement will also ensure the provision of official sport equipment for ISF events, with the Basketball 3x3 competition of the ISF Gymnasiade Normandy 2022, being the first ISF competition to benefit from this. A key factor of this partnership with PEAK, is the opportunity to support ISF members, through the provision of sport equipment for their teams participating in ISF events, as well as school sport events at national level