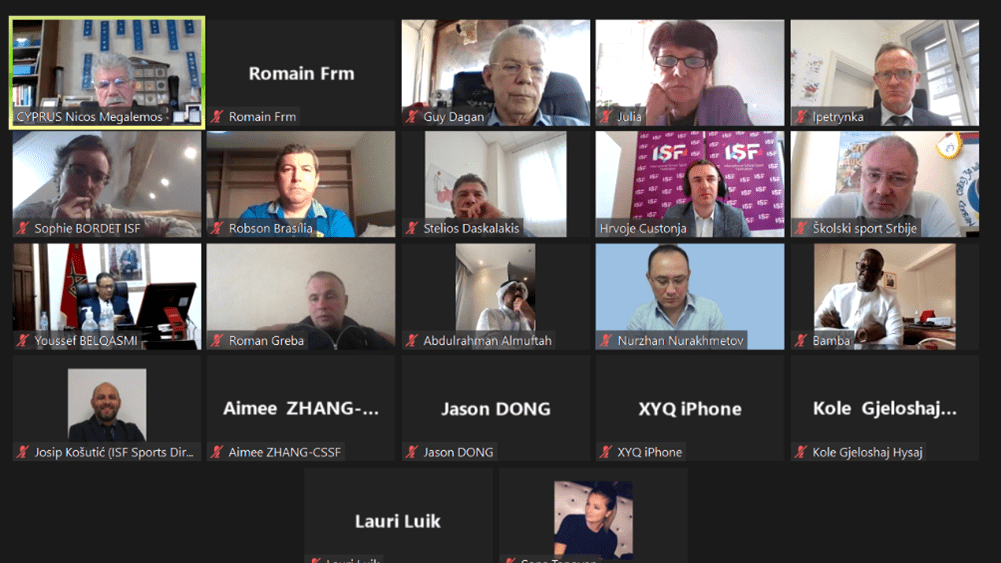 This was an opportunity to present to the Executive Committee the state of affairs related to the ISF Gymnasiade Normandy 2022 preparations as well as the will of ISF and the LOC in France to welcome and support a delegation of Ukrainian school athletes.

With the ISF General Assembly 2022 taking place during the 19th ISF Gymnasiade, in Deauville on May 17th, the ISF Secretary General/CEO Hrvoje Custonja presented the final information on the coming election process for the Executive Committee candidates for the 2022-2026 period.

ISF President Laurent Petrynka opened proceedings by welcoming the members in attendance and highlighted the very high-level preparation and cooperation between the ISF and the LOC which are getting ready to welcome 3796 participants coming from 68 countries of the 5 continents to France. 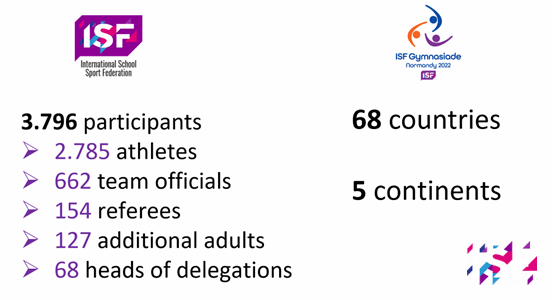 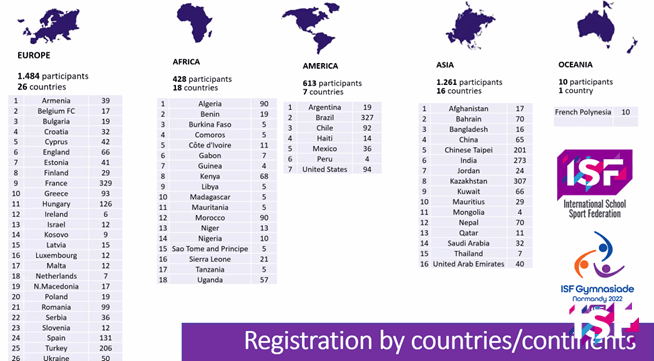 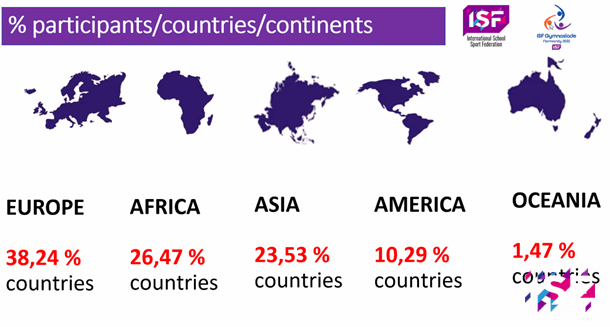 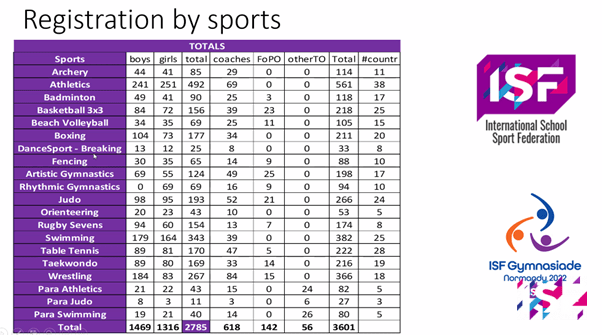 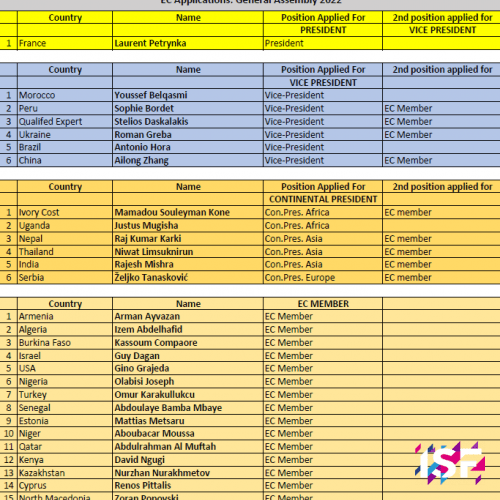 President Petrynka underlined that: ‘’In the current international context the ISF members and school sport communities worldwide are strongly keen and looking forward to joining the largest ISF event as the numbers of registered countries can testify. This will be a fantastic occasion to celebrate School Sport with all members as it will be the 50th Anniversary of the ISF’’.

President Petrynka emphasised as well that the ISF and the LOC France together aim to providing all necessary support to ensure the participation of the Ukraine School Sport Federation to the event with a delegation of 50 young athletes at a minimum.

The number of registrations among the different G2022 sports is very satisfactory and balanced in general except for sports that are proposed for the first time at the Gymnasiade programme. The ISF is closely working with the International and National Sport Federations to ensure an ambitious number of athletes and a very professional organisation of the competition as well as innovative education through sport programme.

Regarding the ISF General Assembly 2022 preparation, ISF Secretary General/CEO – Mr Custonja underlined that the most important political event of the ISF will be during the occasion of electing the future 2022-2026 Executive Board members, to welcome candidates’ cities and organisations for hosting the future Gymnasiades and World School Championship as well as to officialise several new ISF partnerships.

Mr Custonja underlined the strong interest from among the ISF members coming from the different continents to apply for the Executive Committee board.

This demonstrates the continuous growing interest of the national school sport leaders to develop the ISF and promote the diverse school sport policies worldwide.

The President concluded the meeting by the importance of continuing our close cooperation between the ISF and its members to prepare the most important events and activities of ISF taking place in the next month starting with the 19th ISF Gymnasiade Normandy 2022 and the ISF General Assembly in Deauville.