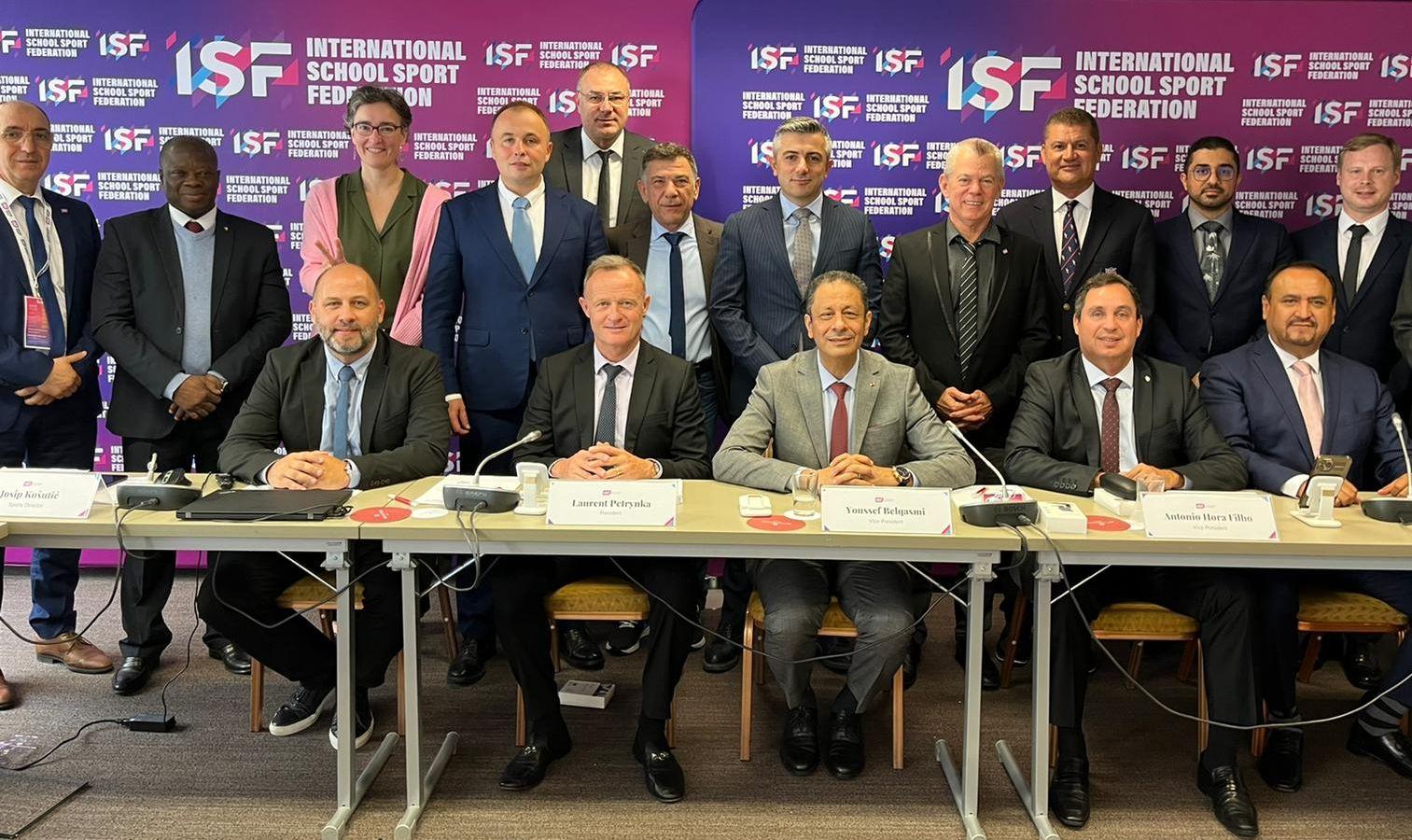 The ISF President, Vice-Presidents, and members gathered in Brussels for the ISF Executive Committee meeting to discuss the development of school sport in addition to reappointing Hrvoje Custonja as ISF Secretary General/CEO.

The meeting gathered all the ISF Executive Committee members participating physically and online, concluding, and planning new strategies and plans for the development of the school sport and ISF. 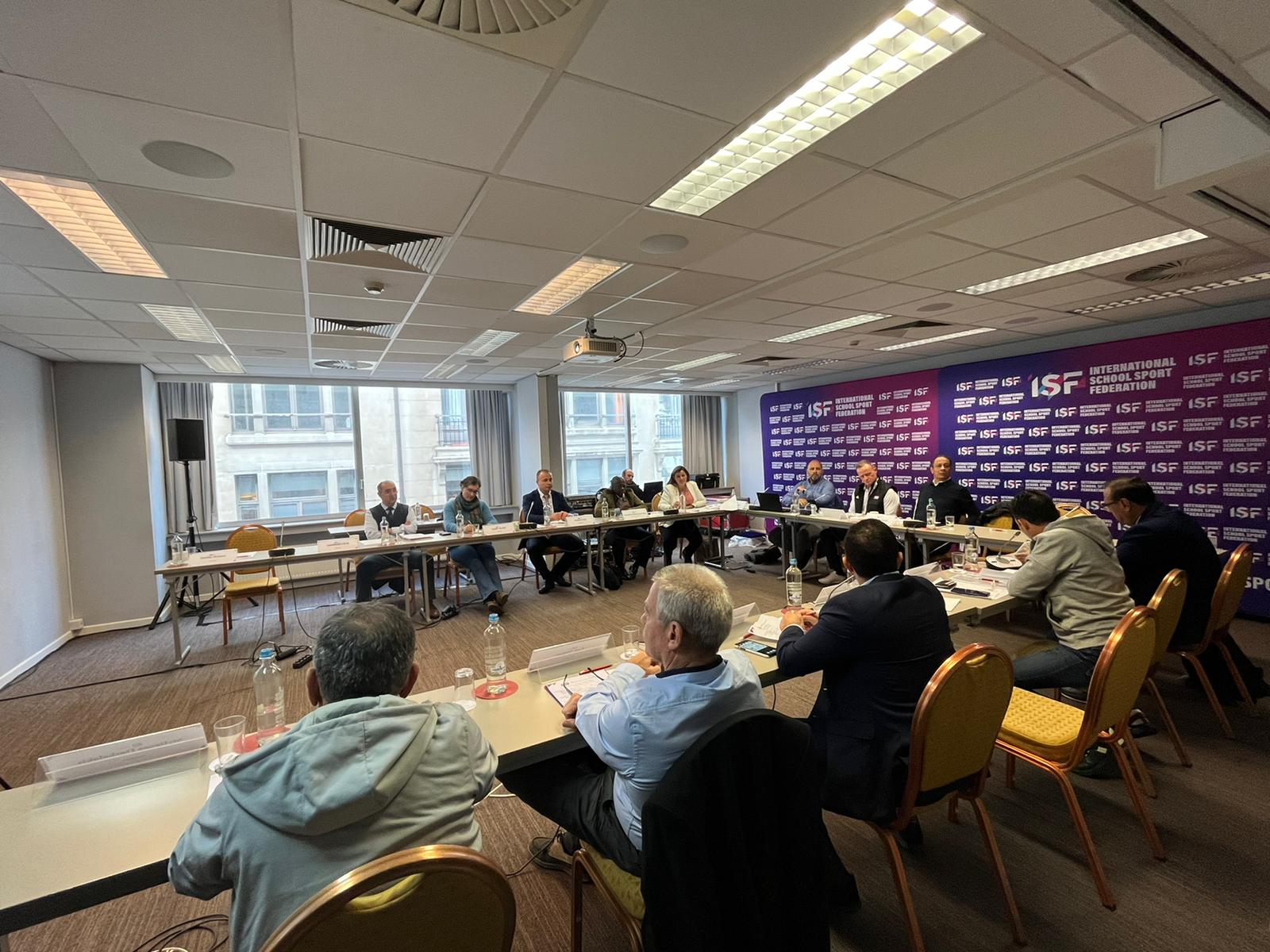 Joining the discussions were the Chairs of ISF Committees for Youth and Athletes Mattias Metsaru, Roman Greba for the Ethics and Legal Committee, Sophie Bordet for the Integrity Committee with all three also being assessors in the ISF Executive Committee, and Diane de Navacelle de Coubertin for the Education and Legacy Committee. 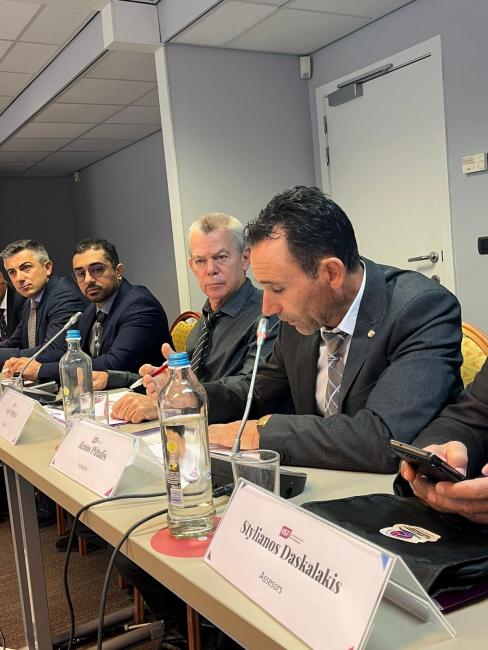 The first day of the meeting saw the adoption of the previous Executive Committee meeting minutes as well as the state of affairs of the ISF finances following the approval of the agenda focusing on membership relations, event preparations, and development of ISF strategy, plans, and future concepts.

Finishing the second day of the meeting, members agreed on the final event calendar for the sports year of 2023-2028 as the activities and season of 2022/2023 were concluded. As some of the events are still not agreed on hosting status, the bidding process was opened. The calendar can be found online at the www.isfsports.org

A new position was created for the better management of the accreditation process at upcoming ISF events. The new Chair of the Accreditation Committee, Jason Dong from P.R. China was elected as its President.

The Third Day Focused on Creation and Development

The ISF Executive Committee meeting concluded with various proposals for the continued development of ISF strategy and school sports overall.

The concept of the ISF Academy was presented and left open for future upgrades and proposals. The main goal is to centralise the ISF as an umbrella organisation providing education at an internal and external level, communication and promotion of its members, creating an overall upgrade.

For that, the ISF Development Strategy for 2023-2028 was created and appointed its working group of members focusing on the solutions for better educational activities, institutional relations, development of the PE teachers’ network, and ISF relations overall.

The ISF Executive Committee meeting took place during the ISF She Runs Active Girls’ Lead event promoting and focusing on women's empowerment through education and sports providing 5 dimensions: sporting, educational, cultural, entrepreneurial, and fun. The event gathered schoolgirls from around the world in Brussels for the run through the city, a Scavenger Hunt, The Talk, Final Conference, and Design Sprint.

The event took place from 12-17th September in Brussels, and was supported by the European Commission, the City of Brussels, Vinyl Plus, and high-level speakers and leaders from diplomatic, sports, and educational fields.

The next ISF Executive Committee meeting is scheduled to take place in February during the first ISF Winter Gymnasiade in Erzurum in Türkiye.