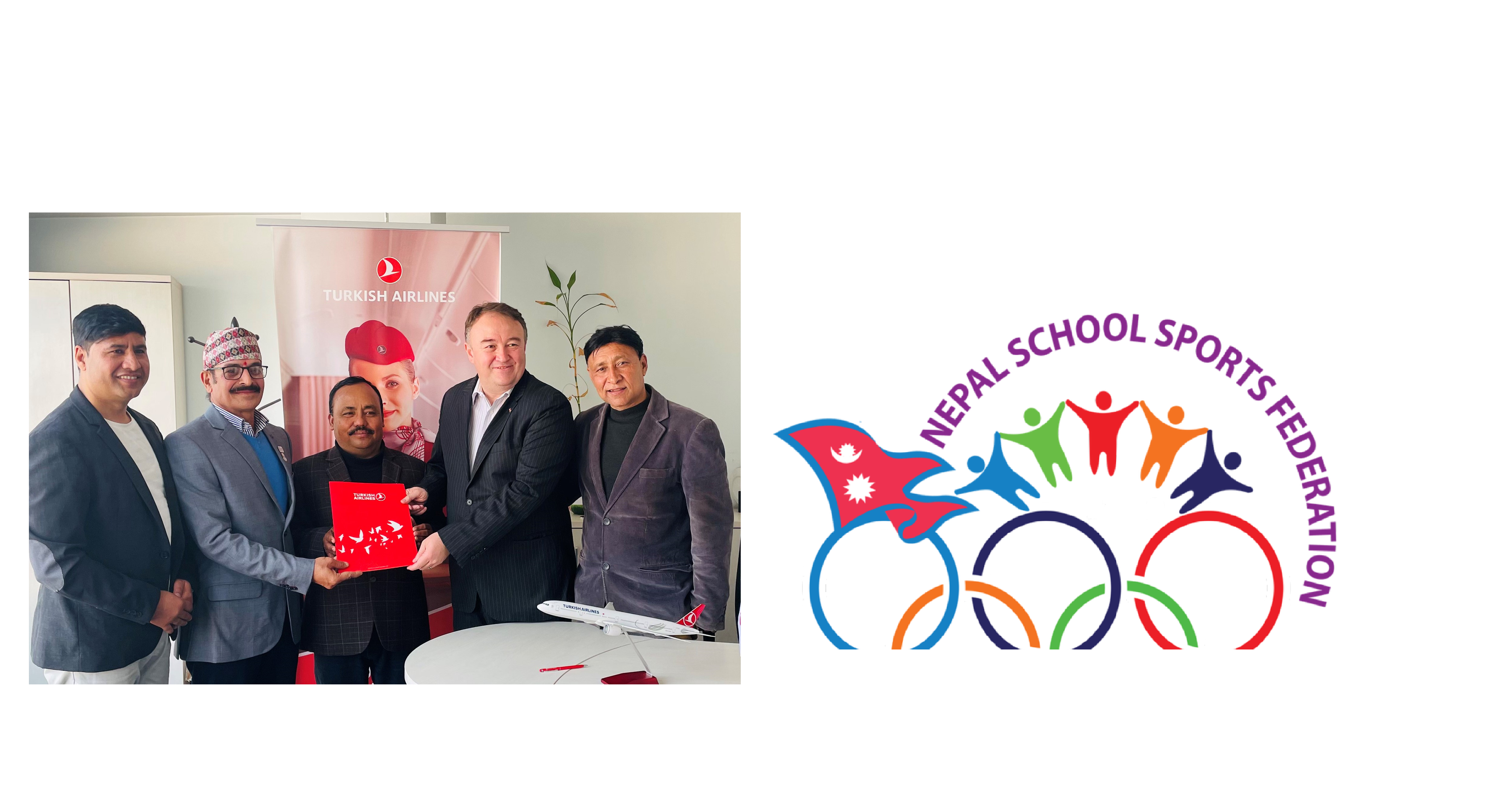 NSSF President, Mr Pradeep Joshi along with Secretary General, Mr Raj Kumar Karki, and Turkish Airlines Nepal General Manager, Mr Abdullah T Kececi completed the signing of a memorandum of understanding between the two organisations, on the Turkish Airlines Nepal premises. The implementation of this collaboration will be particularly focused on the strengthening of school sports and the tourism sector.

Established in 1933 with a fleet of five aircrafts, Star Alliance member Turkish Airlines now has a fleet of 354 (passenger and cargo) aircraft flying to 319 destinations worldwide, 270 international and 49 domestic in 127 countries. More information about Turkish Airlines can be found on its official website www.turkishairlines.com or its social media accounts on Facebook, Twitter, YouTube, LinkedIn, and Instagram.