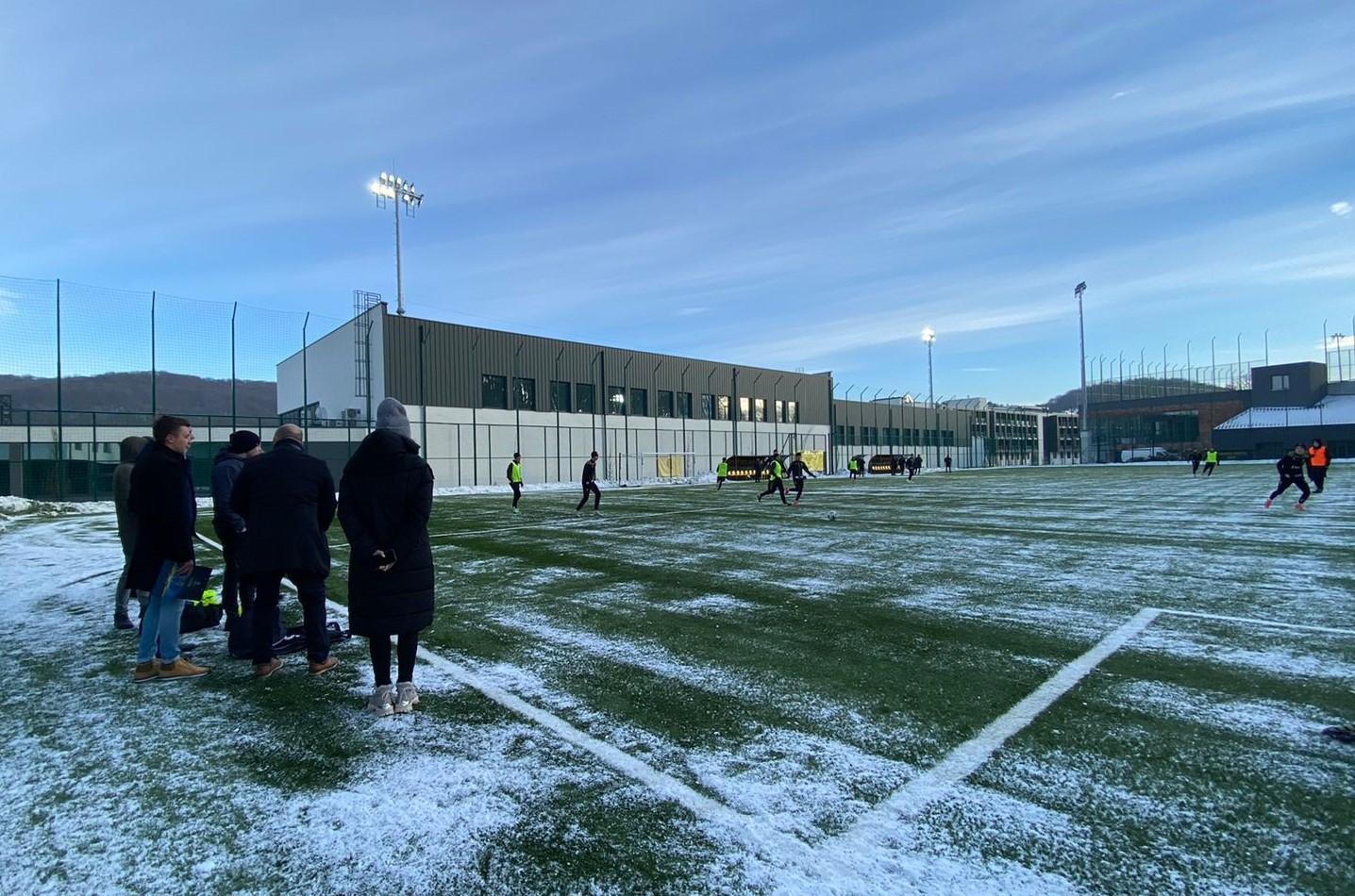 They were welcomed by Ukrainian School Sport Federation President and ISF Executive Committee member Roman Greba, and the Ukrainian Football Association of Students President and Ukrainian Member of Parliament Ivan Krulko, for the visit to FC RUH Football Academy, and the Emily Resort complex, that will play host to the event next year.

The members of the visiting ISF delegation were impressed by the scale and capacity of both facilities, with Secretary General/CEO Custonja saying during the visit: “I can say with complete confidence, that we were all very impressed by all that we have seen here. Both of these locations will be tremendous places to host the next ISF World School Football Championship here in Lviv in 2023.”

Following the ISF visit to the facilities hosting the ISF World School Football Championship 2023, the delegation was then hosted by the Governor of the Lviv region of Ukraine, Maksym Kozytskyy, for further discussions on preparations for the event.

Located around 70km from the Polish Border, Lviv is the largest city in western Ukraine, and is known as one of the cultural centres of the country. It is known as a centre of art, literature, music and theatre, with more than 100 festivals taking place annually, in addition to being the home of 60 museums and 10 theatres, with the city’s historical city centre has been on the United Nations Educational, Scientific and Cultural Organization (UNESCO) World Heritage list since 1998.

FC RUH Football Academy is a new sports complex with a modern infrastructure that meets international quality standards for the successful and professional development of young football players.

With preparations fully underway for the ISF World School Football Championship 2023, we look forward to welcoming delegations of footballers from around the world to the city of Lviv, Ukraine next year.